It’s August and it’s hot.  I’m tired of thinking about politics…and art and politics. But it looks like it’s going to be at least 76 more days until the end of our collective season of discontent,  so I’m treating you and me to a staycation of  some fun art that’s available for your viewing pleasure in the Detroit metro area right now.

First up, there’s the  fizzy pop-up show Ultimate Stars in Gallery 117 at the Ann Arbor Art Center from now until September 3. Musician and photographer Doug Coombs and his talented friends have put together  this  eclectic  free-for-all: drawings, paintings, puppets,  posters, music.  It’s all playful, colorful  and occasionally silly (but in a good way).  Check out a wall full of tacked- up, un-framed doodly watercolors by Jim Cherewick or take a look at the funny/creepy black and white ink drawings of Chris Pottinger. And, if you want to hear catchy tunes by the musicians who performed at the opening go here.

Smile Everyone by Jason Yates 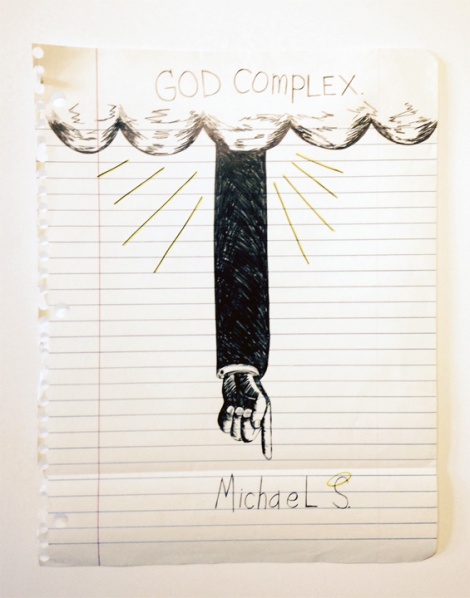 Just down the street from Wasserman Projects is Tyree Guyton’s current solo show, Face-ology, on view throughout the month of August at Inner State Gallery.  These appealing, simply composed pictures with their bright, flat house paint colors on recycled grounds have the rough urban feel of the Heidelberg Project but in a gallery-friendly format.

And last but not least, you still have time (just barely) to see Intersection: Jef Bourgeau/ Matt Eaton at Galerie Camille.  Until August 27, these bright and sophisticated paintings and digital prints from two of Detroit’s best known independent curator artists are available to soothe your sore eyes.